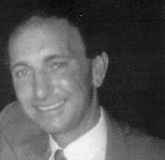 Biography: A very combative midfielder signed by Southampton from Burnley in 1970, was regularly suspended, moved onto Hudderfield and then Bideford as player manager. He then combined playing for Taunton with building work. Jointly owned a racehorse with Mick Channon and tried racehorse training after retiring from football. Became a Civil Engineer, until a serious accident left Brian unable to work. Lived in Hedge End just outside Southampton and was a regularly at St Marys before returning 'north'. Now lives in Harrogate, North Yorkshire.

Do you have any interesting, happy, or humorous memories of Brian?
If so, please let us know and we will be happy to share them with the world!

O'Neill, Brian Ahh I have just read all of these comments to Brian (aka Dad) he was absolutely buzzing to hear them all . 09-11-20 Jenny Prutton

O'Neill, Brian One of my all time favorite players at Burnley in the 60s. Fantastic player should defiantly have played for England many many times best half back in Britain in his days. Remembered fondly. Cheers. Stan. 31-10-20

O'Neill, Brian Been talking to Brian again recently and he has given me permission to give his address to Bill Pointon who would like to get in touch by all acounts. Brian lives at XXXX.

O'Neill, Brian A friend of Brian's from his early days at Burnley would like to get in touch with him ....his name is Bill Pointon who now lives in North Shields.
Bill (also from Northumberland) and Brian started their playing careers together. If anyone can help I'd be very grateful. 21-09-20 Robert George Forster

O'Neill, Brian Just met Brian down the old railway track in Bilton in Harrogate where he was walking his Spaniel dog. Got talking about football because he was wearing a Southampton top. Some good stories regards his football career including playing in the Southampton team that lost 7-0 to Leeds. Nice man 21-09-20 Jay Bee

O'Neill, Brian I’m dating his grandchild in Harrogate and he is very forgetful. 07-09-20 Rocco Bromberg

Norman Stevens Brian was an inspiration, I played under his stewardship at Bideford FC, all he wanted to do was try and bring on the youngsters, his enthusiasm was infectious his ability was wow at our level, albeit a little over exuberant at times. Wonderful guy liked by everyone, which maybe became his managerial downfall. He will always be remembered at Bideford FC and he definitely left his mark in the football clubs history. Norman Stevens 18-08-20 19-08-20 Norman Stevens

O'Neill, Brian I had the pleasure to play with Brian, when he played for Bideford, a great competitor, great times. 05-08-20 John Hare

O'Neill, Brian Just bumped into Brian taking his spaniel for walk along the old railway line around Bolton in Harrogate. He lives here now as his daughter's are all here. He had a stroke a few years ago but he is doing well. 04-10-19 Dave Jasper

O'Neill, Brian Played with Brian at Bideford Town in the Seventies, great fella been there and done it all but always gave it everything for us, kept giving tips for horses, don't remember one ever winning!! Great memories. 16-06-19 ANDY JAGO

O'Neill, Brian Played with Brian at Bideford Town in the Seventies, great fella been there and done it all but always gave it everything for us, kept giving tips for horses, don't remember one ever winning!! Great memories. 20-04-19 ANDY JAGO

O'Neill, Brian A few players who you could say werel oved by Burnley fans. Two or three come to mind and Brian O'Neill is certainly one of them. Best wishes Brian. 13-02-19 David Wilson