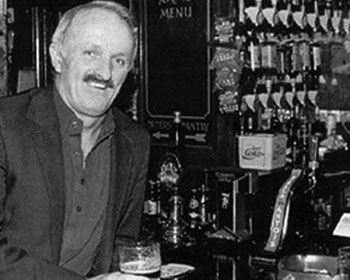 You may not be surprised to learn that the idea of 'Where Are They Now?' was first discussed in a pub!

A pre-match conversation one wet Saturday was prompted by the sight of a couple of former players who hadn't been seen for a few years. We wondered what they had been doing since retiring from the game and the idea for a book was born! Two years and lots of research later, we knew what they and over 2,000 of their fellow ex-pros had been up to since hanging up their boots.

It was a great excuse (and fairly surreal) to meet famous former players and to wallow in nostalgia with the characters who had made growing up as a football fan so exciting.

The first edition was effectively self-published and very quickly became an 'underground' hit. 1,000 copies were printed and sold out almost immediately. Remarkably, it can still occasionally be found advertised on Amazon.

Labelled the 'bog-readers bible' among other things, it appeared to capture the imagination and spent several weeks listed by the Sunday Times as the best selling Sports Book of the Charles Frewin of Two Heads Publishing then made contact and offered to publish a new revised and updated version of Where Are They Now?

With the help of London sports journalist Neil Fissler, the second edition was created . This was much slicker and contained considerably fewer typos, although I always thought they added character!

People still talk to me about the book and we still have the same conversations wondering what happened to ...?

Following the success of the football books, it seemed to make sense to try and track down former pop & rock stars in the same way.

Sadly, this was not so much fun, as most of them still considered themselves to be stars, even though they had long since disappeared from the charts.

One amusing exception was David Essex. The reply to my request for a career update did make me smile:. "David is currently number 13 in the album charts, so may we ask... WHERE ARE YOU NOW?"

Can you help us write the next chapter(s)? I would love to hear from you if know of any former players and what they are doing now.