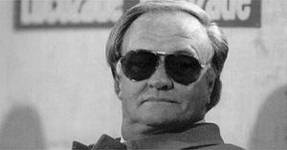 Biography: Ron was one of the biggest names in Soccer managing Kettering, Cambridge United , West Brom (twice), Manchester United, Atletico Madrid and Sheffield Wednesday (twice), Aston Villa and Coventry City. Became a pundit for ITV before a well publicised gaffe resulted in his dismissal. He has since been seen on Celebrity Wife Swap and had an autobiography called 'Sixty Minutes with Ron Atkinson' published.

Do you have any interesting, happy, or humorous memories of Ron?
If so, please let us know and we will be happy to share them with the world!