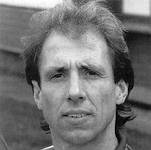 Biography: Worked as a financial advisor in the West Midlands and as a players agent before returning to the game as a coach. He has subsequently worked with Steve Bruce at Birmingham, Wigan and Sunderland. (England Under 23 international capped three times)

Do you have any interesting, happy, or humorous memories of Keith?
If so, please let us know and we will be happy to share them with the world!