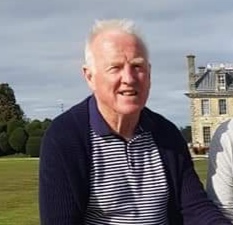 Biography: Born Taunton, Somerset. Made over 420 league apps and scored 160 goals. Moved back to Plymouth from Southend then played non league and coached in the Western League at Liskeard.

Do you have any interesting, happy, or humorous memories of Stuart?
If so, please let us know and we will be happy to share them with the world!

Brace My first idol when Stuart played for the Stags. With Bill Currie I think? A great winger who should have played at a much higher level. Golden101

Brace , Stuart Saw him play for the greens when I was a kid and then had the pleasure of playing cricket after he retired. Great bloke and learnt a lot off him about batting. Pity I didn't have his ability.

Baardsen, Epsen Espen Baardsen played for Tottenham and then Watford in goal. After retiring he travelled the world and now works for an Asset Management Fund in London.

Brace , Stuart Stuart managed the kids side I played for in the 1970s- Eastwood Gunners - when he was based in Southend playing for the shrimpers. A top, top bloke.

Brace , Stuart A great natural goal scorer whom I enjoyed watching play for Southend back in the seventies...boy could they using him now!

Brace , Stuart I too saw him play of Argyle and then played cricket with him. I remember him scoring 50 while I scored 5 for the first wicket. The rest of our team didn't double our partnership and the opposition got 42. He was black and blue where he had been hit. Next season he moved to play for Plymstock for a number of years. lovely bloke

Brace , Stuart He was a good footballer, however unfortunately remembered at Peterborough for missing an open goal against Portsmouth in the FA Cup around 1966/7.

Brace , Stuart I competed in the 1957 Ymca Cross Country event and managed to finish first with Stuart coming second...I also played table tennis in a team with Stuart and Selwyn White for Rowbarton Boys Vlub and we won the fourth division of the Taunton Table Tennis league ...this again was 1957. Stuart Brace was an all round sportsman