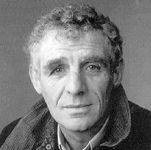 Biography: Back in Dublin working as a writer and broadcaster. He writes a regular column for an Irish Sunday newspaper, the Sunday Independent and frequently appears on Irish television. Played in England for 17 years (5 with Manchester United). He is the author of the classic soccer book 'Only a game' and also wrote the international best seller 'Unforgettable fire - the story of U2'. (Capped 23 times by the Republic of Ireland all but won where won at Millwall which is still a club record)

Do you have any interesting, happy, or humorous memories of Eamon?
If so, please let us know and we will be happy to share them with the world!