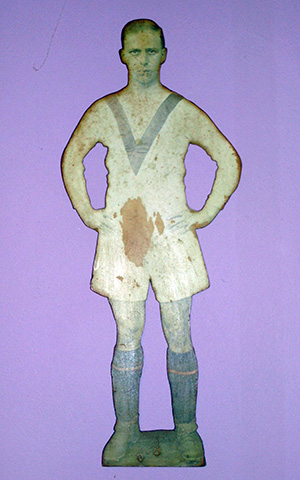 Biography: Sid helped Cardiff to promotion in his first year with the club but struggled to break into the first XI the following year and left for Manchester United in May 1923. Two years later he returned to Wales and signed for Pontypridd. The image above shows Sid in his Manchester United kit. It was a photo that was cut out and fixed to some ply board for his daughter to keep by the side of her bed when he was away from home.

Do you have any interesting, happy, or humorous memories of Sid ?
If so, please let us know and we will be happy to share them with the world!