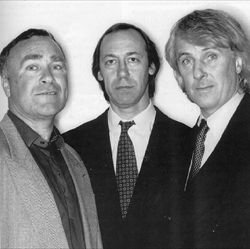 Biography: One of the games most colourful characters Ran a pub in New Milton Hampshire, before returned to London to become a partner in a garage firm. He is now employed full time by Arsenal, and is one of the hosts of the Legends tours at the Emirates Stadium. (Double winner with Arsenal in 1971)

Do you have any interesting, happy, or humorous memories of Charlie?
If so, please let us know and we will be happy to share them with the world!

George, Charlie Hi Charlie, do you remember we player together in the Holloway Team that won the London Grammar Schools Cup in 1964. Loved watching your magic at Highbury. Ping a ball anywhere on a sixpence, and what a shot! I live in Phuket, Thailand now and am still playing football regularly! Take care Charlie. Geoff Seago 06-09-21 Geoff Seago

George, Charlie I lived in the same flats as Charlie in Tufnell Park Road Holloway. He had thee sisters Rita, Pamela, and Iris who was my friend. His eldest sister Rita played a lot of netball and Pamela was a great runner. Iris pushed Charlie in his pushchair and I pushed my sister in hers. We were very safe in the flats. A lovely place to live. 08-03-21 Kath planner

George, Charlie Watched the legendary Charlie George from the clock end. Great player with a personality, not like the prima donnas we have now! Met him years later on the legends tour of the Emirates, what an absolutely lovely bloke, blagged my way into press room after making out he was a relative. He signed my jacket for me, he had genuine time for everybody on the tour, so good I did another one the next year! Charlie we salute you mate. 30-12-20 Martin Mullinger

George, Charlie Charlie ran The Ashley Pub in New Milton. Such a nice bloke, he was good to talk to especially about football. Sad day when he left, I see he works for Arsenal FC now. Good luck to him. 22-10-20 Ged Crawford

George, Charlie Charlie (my 2nd cousin) used to come to Nottm General Hospital to visit me on the James Forman Ward in 75 when he played for Derby. He spent as much time as he could talking with other patients who wanted to chat with him, all around the ward before visiting time was up. 24-08-20 John Dwane

George, Charlie I played with Charlie in Australia, when he made 5 or 6 guest appearances with St George Budapest in (?) 1977. I was only 18 and playing with Charlie was an experience I have not forgotten, particularly since I have watched him play in TV, during a time when in Australia we would only get one or two 1 hour â€˜soccerâ€™ programs per week. 24-08-20 Fernando Roldan

George, Charlie When I was 14, i begged my dad to get me a ticket to see Charlie George play in a cup game against Reading. I felt I had the world standing in the stands, watching one of my heroes. Never have forgotten that day. I'm now 63. We love Charlie George. 23-08-20 Roz Lane

George, Charlie Charlie is the reason I support Arsenal it was the winning goal in that 1971 FA Cup Final that did it for me, a great player and born and bred at Arsenal 03-08-20 Mick Tynan

George, Charlie That man was and still is my biggest idol, i have bin a big fan since 1969 8 years old and i mis a player today like him in arsenal. today i am 57 years old, and for the first time i am going to see a match next year the 2 of may 2020 against Liverpool. Oh Oh Oh i have a dream to meet him that day, next year i have bin a fan of him in 50 years. 12-12-19 Finn Baran, Denmark

George, Charlie I lived just round the corner from Highbury in the early 70s. Could pay my entrance fee at the great North Bank turnstiles. Loved watching Charlie the king of Highbury play. 16-08-19 Pete Roberts

GEORGE, Charlie Loved Charlie. My idol. I stood on Highbury North Bank and was behind that goal at Wembley when he scored that great goal. Great player. Followed him through all the seasons at Highbury. I have done the legends tour with him at the Emirates and he was very nice person. Signed all my programmes for me - both finals and the Fairs Cup programme. I was there that night when we won it. Fantastic team. Allan nazer

GEORGE, Charlie I was 11 years old when the 1971 cup final took place. All though the match my eyes were glued to this gorgeous looking Arsenal player. From then on I lived and breathed football. Charlie was my hero for most of my teenage years. All my mates had pop stars over their bedroom walls but for me, it was Charlie George Tracy

George, Charlie I am a Liverpool supporter and I will never forget C.G's extra time winner in the 71 F.A.Cup final. I was in the Royal Navy at the time and we were all watching on our ship (HMS Blake) in Portsmouth, Liverpool and Arsenal lads. I love Liverpool, but I love football too, and I always appreciate and respect talented players and teams, Arsenal were to me a great team and Charlie George a great player who delighted true football fans everywhere. T