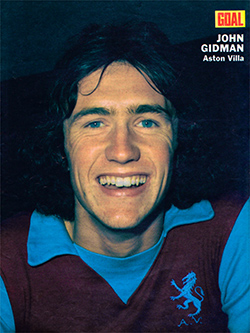 Biography: Gidman played for the Liverpool youth team without every making it to the senior side, before he joined Aston Villa in 1971. He won the League Cup with Villa in 77’ but left two years later. He played once for the full England team. Joined United in 1981 in the same deal that took Mickey Thomas and £50,000 to Everton to become Ron Atkinson’s first signing for the club. He soon became a favourite of the Stretford End but a number of injuries dented the impact that he made at the club. He was a FA Cup winner in 1985. He played almost 100 league matches before joining Man City in 1986 after becoming surplus to requirements. Former Kings Lynn manager, has been living in Marbella on the Costa del Sol since the mid-1990s.