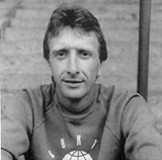 Biography: Phil was Manager at Rotherham until September 1995, then he took on the role of Chief Executive for over a decade.

Do you have any interesting, happy, or humorous memories of Phil?
If so, please let us know and we will be happy to share them with the world!

Henson, Phil I remember growing up on Hinde Street in Moston. I was only a young lad and Phil Henson used to live on Fold Street. My sister was best friends with his sister Kathryn. Phil used to come outside and have a kick around on Fold Street for ages. Donâ€™t think that would happen these days with professional footballers. Then on Saturday my dad would take me to Maine Road to watch him play for Manchester City alongside Mike Summerbee / Colin Bell/ Francis Lee . 27-10-20Steven Lowe

Henson, Phil Phil was a gifted footballer at a young age - always looked as if he had al the time in the world on the ball. Couldnâ€™t get the ball off him in the playground - top lad unassuming 03-08-20Dave Lloyd (Lily Lane school)

Henson, Phil Phil and myself were in the same class at Junior School (Lily lane in Moston, Manchester) We were born within 2 months of each other and lived about 300 yards away. Phil was an amazingly gifted and talented player, not only at football but cricket, tennis and most other sports. We played for the school team at 10 years old, and in our first match he scored 3 goals in a 4-2 win against Moston Fields. The opposition just couldn't get the ball from him and he ghosted past players as though they weren't there. Those were the days when we played 20 a side in the park and often against much older lads in their twenties. I remember when he was about 15, he once received the ball and kept it for at least 10 minutes, dribbling past everybody not only once but twice (just to show it wasn't a fluke the first time) - pure poetry!! He continued in that vein right through his teens and everybody in the Manchester North area knew he was going to make it as a professional. We were both Man City fans and so I saw him make his home debut for City at Maine Road playing alongside the likes of Bell, Summerbee and Lee. He was a tremendously skillful player and I tried to keep up with his career. I think he also played for Standard Liege in Belgium for a spell before returning to England. The last time I saw him was playing for City in the 70's and have been trying to find out what he's doing now. If anybody knows, then maybe they could update this website. I also remember Phil as being a very nice lad, humble and respectful

Graham Daniel Phil and I were first year apprentices at Mather and Parts in Newton Heath. He was playing for one of Mather's football teams when he was spotted by the Man City scout. He left and went to play football professionally