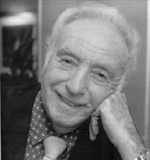 Biography: The Wizard of Dribble was once named King of Soccer in Ghana!!! Managed Port Vale. Went to live Ontario in Canada to retire, but the lure of his native 'Potteries' proved too much to resist, and he finally returned and continued to live there until his death in February 2000.

Do you have any interesting, happy, or humorous memories of Sir Stanley?
If so, please let us know and we will be happy to share them with the world!

Matthews, Sir Stanley Was he not the first footballer to be knighted? And he did have a few England caps