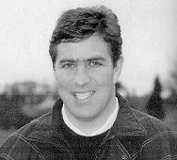 Biography: Scottish international has managed Reading, Leicester City, Wolves, Millwall, Brighton and Motherwell, has been back at Aberdeen since June 2009. Ran a web company during periods out of the game.

Do you have any interesting, happy, or humorous memories of Mark?
If so, please let us know and we will be happy to share them with the world!