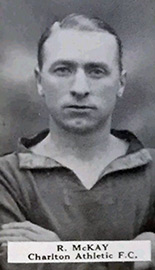 Biography: Bobby started his professional career, where he won the Scottish Cup in 1921. Rangers was his next stop before a Â£2,750 transfer took him to Newcastle United in 1926. There, he made an immediate impact, scoring a hat-trick on his debut and going on to help his new team to win the League Championship in his first season. A potential career in management was curtailed by the outbreak of World War 2, only a few weeks after he had taken over at Dundee United. The Glaswegian died in his home town in May 1977 at the age of 76.

Do you have any interesting, happy, or humorous memories of Bobby?
If so, please let us know and we will be happy to share them with the world!