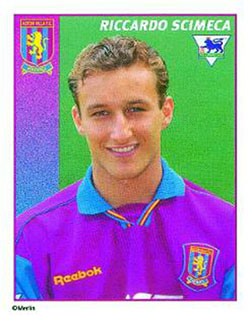 Biography: Retired in December 2009 following a groin injury. Has kept close connections with Cardiff City, but has yet to be given a job within the club.

Do you have any interesting, happy, or humorous memories of Riccardo?
If so, please let us know and we will be happy to share them with the world!

Scimeca, Riccardo He has a daughter named Emilia and a son. His son and daughter both go to private school in Coventry and they live near the area. 28-06-19Ryan