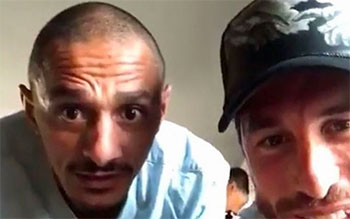 Biography: Uruguayan international striker who arrived in the UK from Sevilla with a reputation as a "frenzied attacker". He certainly tried hard but an ankle injury contributed to his early release in February 2006 after only 15 matches. The following October he was involved in a car accident back home in Montevideo which resulted in the amputation of the lower part of one of his legs. He had lost control of his pick up truck and suffered a fractured skull and a compound fracture to his right leg. Remarkably, following several years of rehabilitation he returned to knock in a phenomenal 40 goals in 31 games for a local semi-professional side. An inspiration to fellow amputees, he has since run numerous marathons and even scored a penalty whilst playing in a charity game for a Uruguay XI against Argentina. (Photo: http://gianlucadimarzio.com)

Do you have any interesting, happy, or humorous memories of Dario?
If so, please let us know and we will be happy to share them with the world!