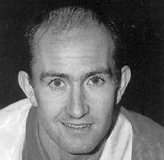 Biography: Hit the headlines when he scored two goals on his debut against Wolves at Molineux. He soon became a huge fans favourite, a fast winger who had the knack of scoring stunning goals. Enjoyed his best season in 1981-1982 when he netted 17 times, then in the next season with the club looking set to be relegated to Division Three he scored the winner at Bolton Wanderers to maintain their status. The emergence of Pat Nevin and a contract dispute saw him sold to Sunderland for £75,000. He returned to haunt the Blues when he denied them a place in the Milk Cup Final. Worked an auction House in Buckinghamshire, also ran a company with Jason Cundy. Is now an analyst for BBC Radio London and appears on Chelsea TV.

Do you have any interesting, happy, or humorous memories of Clive?
If so, please let us know and we will be happy to share them with the world!

Walker, Clive Quarry Rovers sent a few to CHELSEA I didnt make it to to the big time but Clive was nearly as quick as me HAHAHA good mate. 25-07-21

Walker, Clive Still remember the disbelief at the amazing goal he scored against Liverpool in the F.A.Cup and the comeback he instigated coming on as a sub against against Bolton, 3 - 0 down, won 4 - 3. Brilliant! 15-04-21Rob Gilbert

Walker, Clive Great player for Brighton. We went up to Old Trafford to watch them in FA Cup in 90's saw him skin Ryan Giggs (just the once though Giggs got the better of him every other time) he got the loudest cheer of the afternoon for that. Giggs was 20 Clive was 36 - absolute magic! 28-10-20

Walker, Clive I played football with Clive when we were young. It was a team called Quarry Rovers, Clive played on the wing and I played inside left. I remember one game in particular which was a local semi final against Oxford Blackbirds which we lost the first leg 1-0 away, so we had to win two nil at home to reach the final. I can't remember who scored one of the goals but the second one was a pass from myself inside the penalty area to Clive who scored. We won two nil and into the final we went. The good news was we won the final as well. That is just one of many memories playing with Clive. He was so pacy as a lad it was a joy to play along side him. 29-08-20John gaul

Walker, Clive As a Chelsea fan of some 70 years I would like to thank Clive for scoring the goal that kept us out of the old 3rd in 1982.A legend!