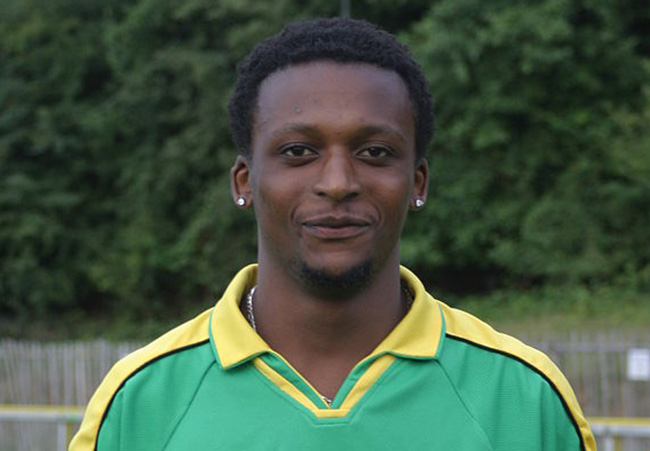 Did Tresor Kandol Score the Most Important Goal in Leeds United’s History?

Before you shut your laptop in disgust after reading this headline or slam your smartphone down whilst incredulously peering out of the train window on your commute, hear me out. The fact is that the 39-year-old Kandol probably did score the most important goal in Leeds’ modern history. Here’s the irrefutable case for it.

The Worst of Times

The spring of 2007 was a traumatic time for Leeds United after the club was relegated from the Championship and plunged into the mire of League One. No one could quite believe what was going on, but the feeling was that there was further trouble ahead and Leeds were by no means out the woods. Those fears were confirmed in the summer when Leeds were docked 15 points in August and told they would start life in England’s third tier on -15 points.

There was genuine concern that the club would in fact go out of business and no one with any common sense believed that the owner at the time, Ken Bates, had Leeds’ best interest at heart. It was indeed the worst of times under manager Dennis Wise and turned many committed Leeds fans off football - who can blame them for being unable to deal with the stress of watching the thing they love the most slowly disappear?

Indeed, that unbreakable sense of community and togetherness that only Leeds know how to do was being tested to the absolute maximum. Sure, football is just a game, but that period took its toll on fans. Not that Leeds would ask for any sympathy, but there was also a real campaign of schadenfreude going around the country as well.

Leeds United when they were relegated from the Premier League in 2003/04 ⬇️ pic.twitter.com/Ep6bNt4ynY

So, it won’t come as a surprise to learn that a great deal of the nation tuned into Leeds’ first game of that season against Tranmere Rovers at Prenton Park - a ground that no Leeds fan knew how to get to. Subsequently, the champagne was put on ice after Chris Greenacre gave Tranmere the lead in the 22nd minute and at that moment, you did worry for the future of the Elland Road club. Sitting on -15 points and losing to a team that no one had heard of could mean the beginning of the end for Leeds. Indeed, the camel, if you will, began giving concerned glances at the straw that was about to be put on its back.

Matt Heath would draw Leeds level on 55 minutes, but the fear was still there as Tranmere kept on attacking the Leeds goal and threatening to bring the curtain down on the club’s future. Leeds desperately needed a hero and a moment that would galvanize everyone connected to the club and change the direction of travel. Would anyone be able to get to the cockpit during this tailspin and steady the plane? Step forward, Tresor Kandol.

Hope under the Merseyside Sun

On the 89th minute underneath the Merseyside summer sunshine, a speculative cross into the box seemed to evade everyone before it got to Kandol and an unsuspecting Tranmere defender at the back post. The big Congolese forward, to everyone's surprise, went down to head it despite the ball being no more than half a metre of the ground, and instead caught it with his midriff. The Leeds fans behind the goal sucked the air into their lungs and a hush fell upon Birkenhead, time seemed to stand still as the ball bounced awkwardly off Kandol and astonishingly, over the line.

📆 #OTD 2007 - A late winner from Tresor Kandol on the opening day of the 07/08 League One season against Tranmere Rovers (2-1) began #LUFC’s climb to 0 points following our -15 point deduction! pic.twitter.com/enIU4Oxi6q

Leeds would win 2-1 and go on to win their first seven games in a row which resulted in the club finishing the season with 76 points and qualifying for the playoffs. Do You Want to Imagine a World Without That Goal?

If it wasn’t for Kandol’s goal, it’s hard to say if Leeds would have been able to pull themselves out of the ashes and begin to climb back to where they belong. It wasn’t pretty, in fact, it was downright ugly, but its value can’t be fathomed. It admittedly took a while, but it was the first small step to getting back to the prestigious Barclays Premier League where they are now settled and flying. Who knows what next season will bring but incredibly, as of the 8th of July, Betway have priced Leeds at just 12/1 for a top-four finish so the expectation is that they will hit the ground running again with Champions League football distinct possibility. How times have changed. That afternoon in Tranmere, which was a mixture of utter despair and uncontrollable euphoria, certainly feels like a lifetime ago.

Yes, Kandol’s goal wasn’t in the same class as say Eddie Gray’s legendary strike against Burnley, but it didn't matter. Whatever your opinion, it doesn't bear thinking about if the Congolese striker hadn’t found a way to bundle the ball over the line.